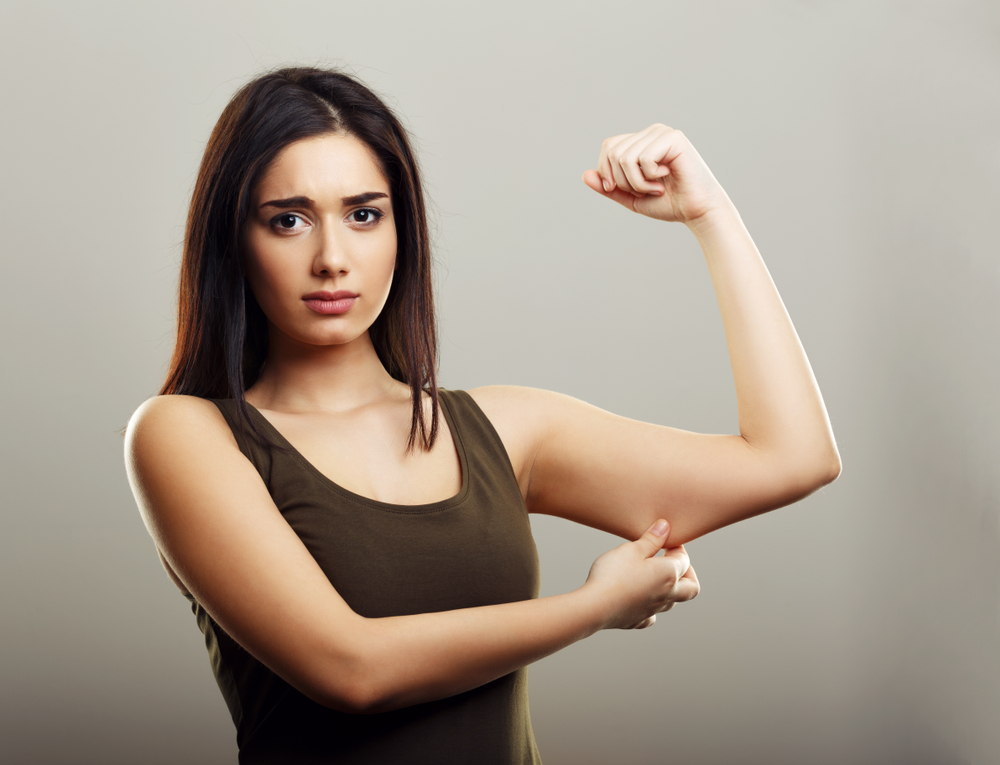 Arm fat can be incredibly uncomfortable and unflattering, especially if you’ve worked hard to shed it. But, what can be done about it other than surgery?

Under arm liposuction versus under arm CoolSculpting, which is safer? Which is better? Keep reading to learn more!

Is CoolSculpting Actually Effective for Under the Arms?

If you find that your arms dangle or jiggle, or that fat spreads out whenever you’re not flexing, you’re likely wondering what can be done to shed this excess fat and reclaim your confidence. Meet CoolSculpting!

This revolutionary non-surgical treatment uses a technique known as cryolipolysis to administer extremely cold temps to not only chill fat cells but destroy them entirely in a natural process. This is done without surgery or even needles, a completely non-invasive body contouring procedure.

What makes CoolSculpting so great is that it requires little to no downtime, and dramatic results are apparent in just two months!

Under Arm Liposuction Versus Under Arm CoolSculpting, Which Is Safer? Which Should I Pick?

The risks of liposuction are not only vast, they’re scary, too! Sure, under arm liposuction yields rather dramatic results, but your chance for side effects and complications are increased significantly. CoolSculpting offers a much lower risk of harmful effects.

Risks and side effects for liposuction include infection, bruising, fat embolism, damage to nerves or blood vessels, asymmetry, poor healing, and more. Yikes! So, when you’re debating, “Under arm liposuction versus under arm CoolSculpting, which is safer,” CoolSculpting is your best bet.

Book Your CoolSculpting Appointment to Get Rid of Under Arm Fat Today!

Interested in learning more about CoolSculpting and its near endless benefits? Then give Cool Contours a call today at 703-665-3281!

We offer personalized CoolSculpting treatment for multiple areas of the body, including under the arms. So, check out our specials and book that consultation!